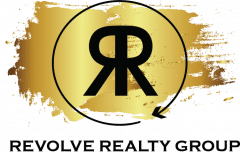 Get to know Cary, NC

Cary, know as the “Containment Area for Relocated Yankees” due to the number of people that moved to Cary from up north. Cary NC is at heart, a southern town with all the southern charm of the south.

In the geographic center of North Carolina is Cary, a town with a population of 135,000, making it the largest town in the state. The League of American Bicyclists recognizes Cary as a bicycle-friendly community, and residents have access to multiple parks and walking trails. More than two-thirds of adults have a college degree, and the town is less than 15 minutes from major universities like Duke, North Carolina State and the University of North Carolina.

Cary made the #2 spot on Livability most affordable cities in North Carolina.

Settlers of English descent had lived in the area that is now known as Cary 100 years before it was founded by lumber man Allison Francis (Frank) Page.  In 1854, shortly after the North Carolina Railroad expanded to the area of what became Cary, Page and his wife, Catherine, purchased 300 acres surrounding the railroad junction and built a sawmill.

The town of Cary was named after former Ohio Senator and temperance movement leader Samuel Fenton Cary (1814-1900). Page, a supporter of the temperance movement, was one of Cary’s followers.  Cary has also been known as Page’s Turnout, Page’s Tavern and Page’s Siding. On April 3, 1871 the North Carolina General Assembly granted a charter of incorporation to the town of Cary.

Why shop local? Purchasing local helps grow other businesses as well as our regions tax base. Whether you realize it or not, when you shop local you are individually stimulating the local economy with your support and in turn, helping shape your communities unique character and personality. Remember Sell, Shop, Eat, Enjoy-Local!